I did it… I officially crossed into Van Life territory. I’ve been looking at videos on YouTube and reading blogs on creating your own camper van for almost two years now and while I was fascinated I never thought I’d have the courage to try it.

Granted I’m still active duty Air Force, so I can’t live full time in my van nor can I venture off as I please, but I have my weekends and time off to get as much exploring in as possible! I have my first trip in it coming up in a few weeks. My van won’t be finished, but I’m excited for the trip nonetheless.

Just got him home

I have been passively looking at vans to convert into campers for almost a year and a half. For the last few months I’ve passed an E150 conversion van for sale several times. I even test drove it once. I was trying to convince myself buying it was a bad idea, but I wasn’t making a very good argument. So, a few days ago I traded in my 2008 Honda CRV for a 1996 Ford E150 conversion van. I was so happy with the purchase. I couldn’t stop smiling. I decided to name him Hades. There was a scorpion on the wheel when I bought the van so my mind went scorpion is like Scorpio whose planet is Pluto and the Greek version of Pluto is Hades… *YOU HAVE BEEN NAMED** 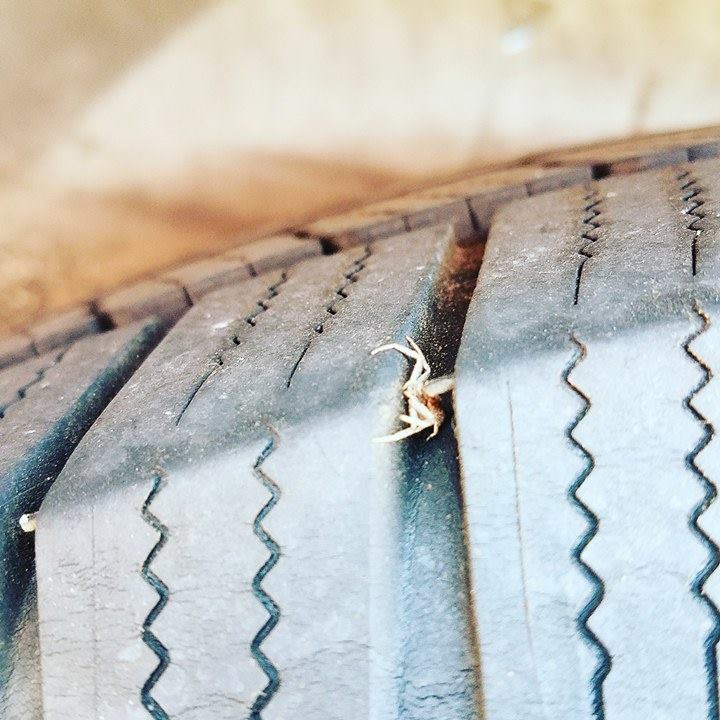 I had a couple guys I work with take a look at Hades and aside from a few minor leaks they said he was in great condition. Now I have to see if I can figure out where the leaks are coming from. 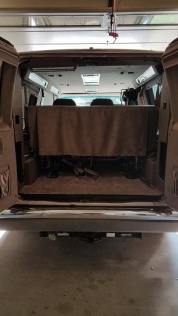 In the last few days I’ve removed the back bench. It converted into a bed, but it was an awkward shape and took up too much room in the back. Getting the bench out was a chore. The bolts went all the way through the undercarriage. I had to figure out how to secure the bolt up top so I could remove the bolt underneath without the top bolt spinning. Fortunately, I have a few socket wrench sets so I locked the top with one wrench then slid under the van to remove the other one.

I got the bench and one seat out

I also removed the other two seats, one wasn’t bolted down because the handicap lift was in the way. Once those were out I watched a few videos on gutting E150 vans. I was concerned because my van has a 12volt vacuum and light in the back and it has all the mood lighting along the roof. I’m not trying to electrocute myself whilst removing a panel or something. Anyhow, I watched these videos about gutting the van and started tearing pieces apart. Fortunately, most of the electric I’ve come across has little fuse connectors that snap apart. I haven’t run into the main source of cables yet. I do have two leads coming off my battery under the hood so I guess I’ll have to figure out which one is for the van and which is for all the extra stuff in the back. Meh. 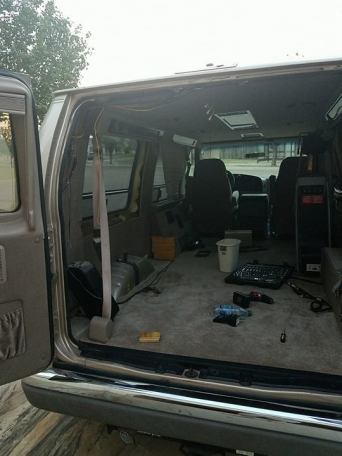 Since I’m not going to live in my van fulltime I don’t need to worry too much about power. I think I’m just going to go with a goal zero yeti 400 and a 100w solar panel. The main things I’ll be powering are a mini fridge, my laptop, a fantastic fan, a portable power supply, my campark action camera, and my cell phone. I obviously won’t be powering these things all at once. I’ll have to do more research on the solar setup. I’ve watched a thousand videos, but more research never hurt anyone.

I’ll make more posts as I make progress with Hades. I can’t wait until he’s done!!!!